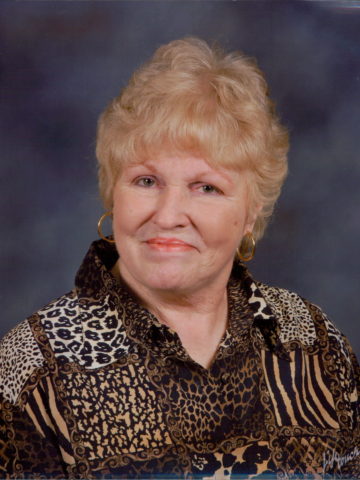 Frances Elaine Murphy, 80, passed away Sunday, August 30, 2020. Born in Kosciusko, Mississippi, November 19, 1939, she was the daughter of the late Thomas O. Weatherly and Virginia Burt Weatherly. Frances was also preceded in death by a brother, Thomas D. Weatherly.
Frances was a devoted and loving mother and grandmother. She graduated from Frayser High School, where she was a member of the Beta Club, and attended Draughon Business College in Memphis. She was a lifelong Southern Baptist.
She is survived by her two sons; Jim (Vicki) Murphy and Lee (Lana) Murphy; four granddaughters, Paige (Clinton) Wilson, Ashley (Kyle) Steele, Lexie Murphy, and Brooke Murphy; a brother, Jack (Jill) Weatherly; and a sister-in-law, Kay Weatherly.
Celebration of Life will be at 2:00 PM on Saturday September 12, 2020 at Cole & Garrett Funeral Home, White House with visitation from 11:00 AM until service time.