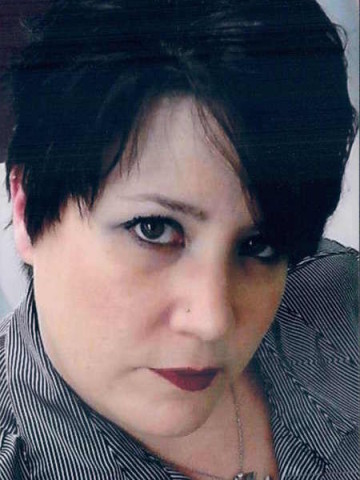 FIELDS, Kimberly Dawn, age 36, passed away on Thursday, July 11, 2013 as a result of injuries sustained in an automobile accident. Kimberly was born on December 26, 1976 to Walter and Debbie Fields and was a native of Fairview. She is preceded in death by her paternal grandparents Walter and Bertie Fields, maternal grandfather Max Hughes and step-grandfather John Beasley. A loving mother, daughter and friend, she is survived by her daughter Selena Haney; parents Walter and Debbie Fields; grandmother Betty Beasley; sister Jessica Jason Huffman; niece Gabby Huffman; nephews Skyler, Dylan and Alex Huffman; all of Fairview and multiple aunts and cousins. A single mother to her 13 year old daughter, she was a 1995 graduate of Fairview High School and a 2012 graduate of the Franklin Hair Academy. Kimberly was employed at Great Clips in Fairview. She was a student at Fairview Taekwondo, where she had obtained her orange belt. She was also a member of the Fernvale Church of Christ. Visitation with the family will take place at Harpeth Hills Memory Gardens on Monday, July 15, 2013 from 4 p.m. to 8 p.m. and again on Tuesday, July 16, 2013 from 8 a.m. to 1 p.m. with funeral services beginning at 1 p.m. Burial will follow at Harpeth Hills. HARPETH HILLS FUNERAL HOME 9090 Hwy. 100 Nashville, TN 615-646-9292