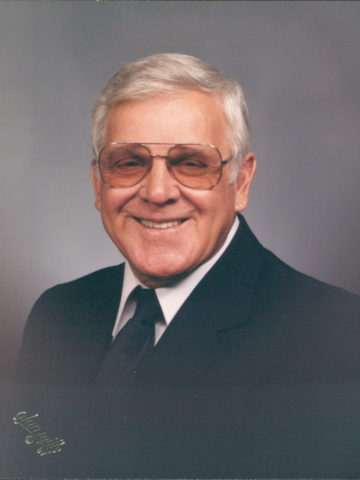 Departed on September 16, 2016 and resided in Goodlettsville, TN

Feado Eller, age 93 of Goodlettsville, passed away September 16, 2016 at his home. Mr. Eller was born on November 12, 1922 in Macon County, TN to the late William Thomas Eller and Gladys Fuqua Eller. He worked for over 20 years driving for C. B. Ragland until he and his father went into farming together. He will be remembered as an honest, hard working and kind hearted man who will be deeply missed by all who knew him. In addition to his parents, he was preceded in death by his wifes, Gladys Eller and Margaret Draper Eller; and 2 brothers, Austin and Tommy Eller. He is survived by his daughter, Carrie Cribbs (Robert) and grandson, William Alan Cash. Funeral Services will be conducted on Wednesday, September 21st at 11:00 A.M. from the Chapel of Cole & Garrett Funeral Home. Interment will follow in Greenwood Cemetery in Adairville, KY. Visitation with the family will be on Tuesday from 4-8 P.M. and Wednesday one hour prior to the service. Arrangements Entrusted To: Cole & Garrett Funeral Home, Goodlettsville (615) 859-5231 www.coleandgarrett.com