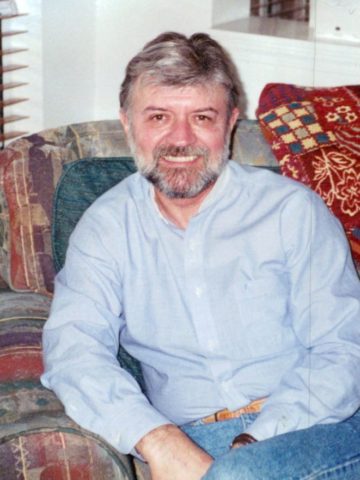 Eugene Baxter Grigsby Jr., age 67 of Nashville, Tn. was born on July 5, 1949. He is preceded in death by his father Eugene Grigsby Sr. and mother Jewel ( Lentz ) of Davidson County, Tennessee. He passed away on Sunday July 2nd, 2017 in Nashville, Tennessee. He is survived by his children, Heather Sluss ( Manson ) of Goodlettsville, Corey Grigsby of Greenbrier, and Katelyn Grigsby of Gallatin. He is also survived by his granddaughter Alivia, sister Alisa Niette, niece Brooke Niette, and aunt Alice Downing.
He graduated from East High School, Class of 67. While there, he played sports. He was a member of the band, ‘The Sounds of Time”, showcasing his true passion for music, playing the guitar and singing. After high school, he joined the U.S. Air Force and served in the Vietnam War. Upon his return, from being stationed in Korea, he married and started a family. He then became a drafting engineer and CAD Technician for the State of Tennessee’s Dept. of Transportation. He enjoyed his work there for 40 plus years, drawing many of Nashville’s bridges and underpasses. He loved all things in nature and fishing was his favorite. The outdoors proved to be some of the happiest times in his life. Gene was lovingly known by family and friends as Genie.
Services will be held on Sunday, July 9th, 2017 at Cole & Garrett Funeral Home in Goodlettsville, Tennessee. Fellowship will begin at 4:00 pm and a memorial service will follow at 5:00 pm.