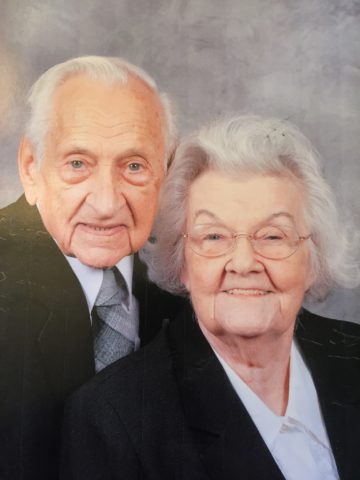 Departed on September 11, 2016 and resided in Hendersonville, Tennessee

He was born on June 13, 1921 to the late William H. and Myrtle Florence Pittler in the Town of Pendleton, New York.

He started work at Columbus McKinnion in 1940, and was drafted in 1942 during WWII and married the love of his life on April 15, 1943, Shirley “Betty” Pittler. They moved to Bristol, Virginia in 1973, Mr. Pittler became involved in many organizations; he was on the Board of  Directors at Johnston Memorial Hospital, a member of the Rotary Club and Chamber of Commerce in Abington Virginia. He also belonged to many square dance clubs and was a member of St. Peter United Church of Christ in Lockport, New York and then Bristol State Street United Methodist Church in Bristol, Virginia. Mr. Pittler retired from Columbus McKinnion in 1986.

In 2014, they made their final move to Hendersonville, Tennessee to be closer to two of their children and grandchildren. On April 15, 2016, Mr. Pittler and his wife Betty would have celebrated their 73rd Wedding Anniversary and he celebrated his 95th birthday in June of this year.

In addition to his parents, Mr. Pittler is preceded in death by his beloved wife, Shirley “Betty” Pittler and brothers, Roland (Dorothy) Pittler and Floyd Pittler

He is survived by children William (Gloria) Pittler of North Tonawanda, New York; Thomas (Patricia) Pittler of Dallas, Texas; James (Jean) Pittler of Spotsylvania, Virginia; Lawrence (Lavone) Pittler of Hendersonville, Tennessee; and Susan Pittler of Hendersonville, Tennessee; along with 7 grandchildren; 11 great-grandchildren, and 1 great-great grandchild on the way and many nephews and nieces.   A memorial service will be held at Prudden and Kandt Funeral Home: 242 Genesee Street, Lockport, New York 14094 on October 4, 2016. Time will be announced at a later date.

Donations may be sent to Bristol State Street United Methodist Church in Bristol, Virginia in memory of Elwood and Betty Pittler.