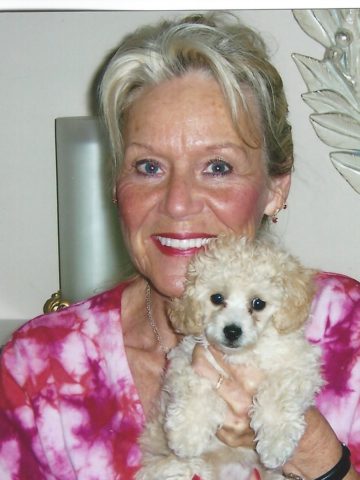 Departed on February 13, 2018 and resided in Gallatin, TN

Elizabeth Ann Goodwin, 74, of Gallatin, passed away Tuesday, February 13, 2018 at her home. Elizabeth was born in Sylacouga, Alabama on July 31, 1943, to the late Oscar and Frances (Knox) McGrady. She moved to Tuscon, AZ as a young woman and graduated from Amphitheater High School there. She and her husband of 57 years, William T. Goodwin, moved to TN several years ago and she had spent many of those years working for Sears Department Store. Elizabeth enjoyed the simple aspects of life but also enjoyed dancing. She particularly liked square dancing and clogging. In addition to her parents, Elizabeth was preceded in death by a brother, Nelson Lee McGrady; a step-brother, Joseph White; and a half brother, Virgil Britt. She leaves to cherish her memory, her husband, Bill Goodwin; her sister Gale (John) Conlee; a step-daughter, Shelley (Mike) Harmon; her step-mother, June Hinkle; her step-brother, Karl (Jean) White; her half sister, Sheila (Mike) Webb; her half brother, Robin (Vicky) Britt; her step-father, Virgil Britt, Sr.; nieces and nephews including Rebecca (Charlie) Lawrence, Johnny Conlee, and Jessica (Bobby) Spooner; as well as several grandnieces, grandnephews and extended family members. Visitation for Elizabeth will be held at Cole & Garrett Funeral Home, 127 N. Main St., Goodlettsville, on Saturday from noon to 2 PM. A life Celebration Service will be held at 2 PM followed by interment at Beech Cumberland Cemetery, Hendersonville.