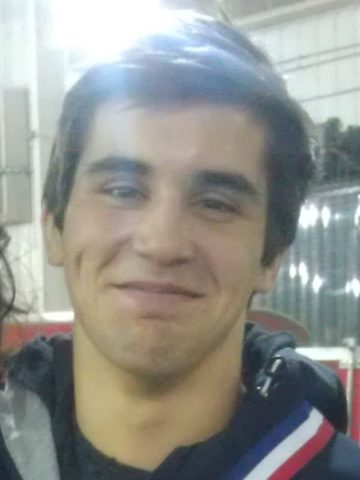 Departed on June 5, 2016 and resided in Goodlettsville, Tennessee

Elan Webb McCasland was born June 16, 1997 in The Woodlands, Texas to James Robert McCasland, III and Mary Ann Jessee. He was the third of four siblings including John Michael, Anna Grace, and Abbey Mae. He determined early that he wanted to gain more attention than his siblings, by requiring hospitalization for severe ear infections at one week old. He grew into a joyous, chubby, baby boy with the sweetest disposition and a contagious smile so big that his eyes were merely slivers of light shining love onto whomever they were focused. His passionate spirit emerged early when as a young toddler he loved on his stuffed “squash” so intensely that he squeezed, bit, and squealed at it until two tiny teeth holes became an ever-visible reminder of that passionate love.

Elan’s passion transferred over the years from stuffed squash, to stuffed kittens, to living animals – particularly cats. He is survived by his black cat whom we lovingly call Kitty, and sometimes Gato (Spanish for Kitty). Elan’s sweet spirit was revealed every time he gently hugged and kissed Kitty. She will continue to be adored by Elan’s grandparents (Judy and Brad Stephens), and annoyed by their Jack Russell terrier, Stella.

His passion grew for sports and he became a formidable athlete in baseball and hockey as a grade-schooler. Elan began wrestling as a middle schooler and quickly found the place where his passion equaled his remarkable athletic talent. He made life-long friends, gained expert skill from loving coaches, and amassed a multitude of titles, medals, and awards.

Life’s circumstances were challenging for Elan, whose passionate spirit and tough exterior disguised a sweet internal sensitivity and a fragile psyche. His infectious smile became more elusive as he grew, but was always joy to his mother’s soul. His quiet intelligence made problem-solving with him comedic; he would stand silent, watching others toil over a dilemma, then calmly approach, act to solve the problem, and walk away smiling and shaking his head. I (mom) love his smile, for it represents his moments of joy and peace – and those are priceless memories.

We will forever feel this loss in our family. We take great comfort in knowing that he was a child of God, accepting Christ at a young age. We will fervently trust that this was part of God’s divine plan. Knowing he is experiencing a peace and joy that we as human beings cannot possibly fathom, and our full dependence on God, will sustain us until we see him again.

A Life Celebration will be held on Sunday, June 19th, to RSVP and more information visit http://elanwebb.com.

In lieu of flowers, donation can be made to the Sumner County Anti-drug Coalition at http://sumnercoalition.org/