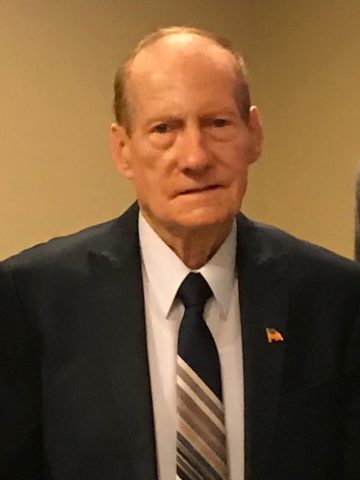 Departed on August 14, 2018 and resided in Greenbrier, TN

Edward Vance Andrews, Sr., 89, passed away Tuesday, August 14, 2018. Born in Hartsville, TN, Edward was the son of the late Carsie Dan and Lou Annie (Vance) Andrews and the last of their seven children. He was retired as a quality control supervisor from the Nashville Ford Glass Plant where he worked for 38 years. He went to Ford in Detroit on several occasions as a respected expert in his area. He was a die-hard Ford man and wouldn’t have any other make of automobile. He was a member of the United Autoworkers Union. He also was a Nascar fan, an avid baseball and football fan and just enjoyed sports and supporting Vanderbilt, the UT Volunteers and the Tennessee Titans. On occasion he also watched the Nashville Predators and televised golf. Earlier in his life he was an accomplished builder and woodworker; and he also enjoyed hunting and fishing. First and foremost in his life, however, were his children and his family. Edward is survived by his four children, Edward V. “Mickey” (Wanda) Andrews Jr., Elaine Andrews Hayes, Debra (Kevin) Ferrin, and Steven Andrews; 5 grandchildren, Leanne (Chris) Reeves, Stephanie (Josh) Vargo, Susan (Matt) Harper, Richie (Hope) Rediker, and Ryan (Brandi) Leath; 12 great-grandchildren, Gavin Reeves, Gabby (Tyler) LeVan, Caleb (Hope) Sabin, Kaitlyn Sabin, Matthew Manda, Braeden Pennington, Lily Jo Leath, Chance Rediker, Jacey Rediker, Isaac Stock, Brighton Harper, and Sydneigh Harper; and 3 great-great-grandchildren, Emma Reeves, Mason Sabin and Weston LeVan. Visitation will be held Saturday from 1 – 3 PM at Cole & Garrett Funeral Home, Goodlettsville, followed by a Life Celebration Service at 3 PM also at the funeral home. Interment will be held Monday at 2 PM at Hendersonville Memory Gardens, Hendersonville, TN. In lieu of flowers, memorial contributions may be made to the GoFundMe account of a great niece (Erica Tackett) who is recovering in Vanderbilt Hospital from a recent head-on collision.