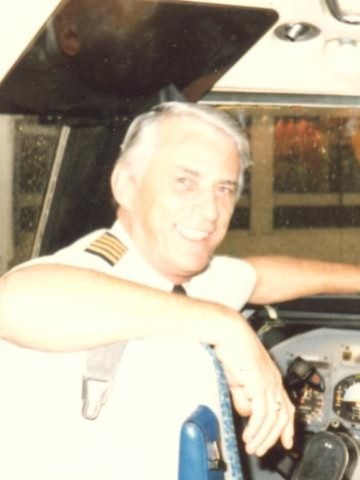 Departed on December 15, 2012 and resided in Crossville, TN

GENTRY, Douglas Grey. December 15, 2012, age 78 of Crossville. He was preceded in death by his parents, Hubert and Hazel Gentry. Survived by his loving companion, Sylvia C. Wingert; daughters, Jennifer (Mark) Pike, Cathleen G. (Paul) Cross, and Mendy Gentry; grandchildren, Nikki McCabe, Benjamin Pike, Erin Pike, and Jordan Hite. After his childhood in Cookeville, his school days in Murfreesboro, he was commissioned by the United States Air Force as a Second Lieutenant. He began his dream career with Delta Airlines and retired after 33 years as a Captain. At that time, he relocated to the golfing community of Fairfield Glade in Crossville. Funeral service will be held Wednesday December 19, 2012 at 2 pm at Cole & Garrett Funeral Home, Goodlettsville. Visitation will be from 12 Noon until service time. Interment Forest Lawn Memorial Gardens.