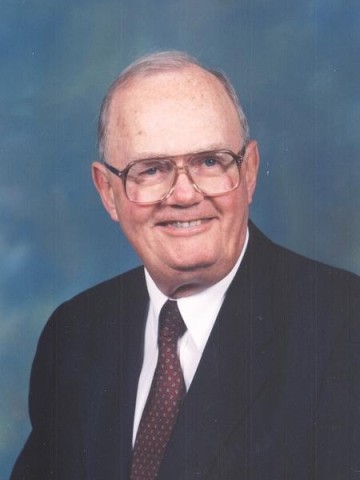 Departed on October 18, 2010 and resided in Nashville, TN

DOSTER, Dr. Robert Thomas died on Monday, October 18th, after a brief illness. He was equipped with the certain faith which he had in Christ his Savior. He was born in Atlanta, Georgia on December 7th, 1927, and had lived in Nashville most of his adult life. He was educated at Montgomery Bell Academy, Vanderbilt University, and the University Of Tennessee School Of Medicine. After serving his internship and residency at Baptist Hospital, he entered private practice of general internal medicine. He was certified by the American Board of Internal Medicine, and was a fellow of The American College of Physicians. He was an active member of the Tennessee Medical Association and the Nashville Academy of Medicine, and he served as President of the Tennessee Society for Internal Medicine. A three-time recipient of the AMA Physicians Recognition Award, he was a member of the Board of Directors of the Mid-South Foundation for Medical Care. After his retirement he worked for several years with Social Security Disability. He was a man of high integrity who was devoted to his family. He had a tremendous range of interests; he travelled extensively, enjoyed golf and bird watching, studied astronomy, and played for many years in the Doctors' Orchestra. He was passionate about music, a passion he shared with this children and grandchildren. He continued learning throughout his life, and knew more than anyone else in the family about computers and recent technology. His Christian faith was solid and central in his life; he was a member of Christ Presbyterian Church, where he had served as deacon, and he was a member of Gideons International. He is survived by his wife, Mary, two daughters, Dr. Leslie Jones Dr. Larry, Lisa Green Dr. Dan, and Robert III Lisa, 6 grandchildren, Katherine Michalik Joe, Matthew Doster, Daniel Green, Houston Jones, Cole Doster, and Jonathon Jones, one sister, Beverly Frensley Tommy, and treasured niece, nephew, and cousins. A family graveside service will be Thursday morning at 10:00 am at Harpeth Hills Memorial Gardens. Thursday afternoon visitation will be at 2:00 at Immanuel Baptist Church, 222 Belle Meade Boulevard, followed by a celebration of life at 3:00. Memorial gifts may be made to his favorite ministry, Samaritan's Purse, P.O. Box 3000, Boone, NC 28607-3000. HARPETH HILLS FUNERAL HOME, 9090 Hwy 100, Nashville, TN, 37221 615-646-9292. www.afamilylegacy.com