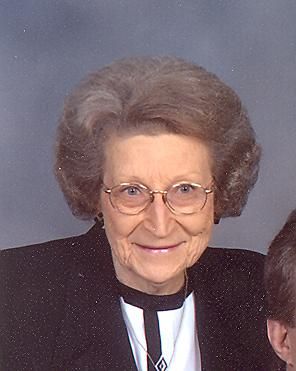 Departed on September 5, 2010 and resided in Goodlettsville, TN

Age 87, September 5, 2010. A very loving mother, grandmother and great-grandmother passed away late Sunday evening at Alive hospice in Nashville, TN. She was born in Lincoln County, TN on November 25, 1922. She was known and loved by many in Goodlettsville where she and her late husband, Claude, previously owned ond operated the Goodlettsville Dairy Queen fom 1966 to 1979. "Granny", "Momma", "Gran-Gran" or simply "Marie" as she was called, was a long time and dedicated member of the Rivergate Church of Christ and had many friends in the Church as well as the whole surrounding area of Goodletttsville. She is survived by her daughter, Brenda Gale Paul, (Mark) and her son William Randle Tolbert, all residents of Goodlettsville. She had one grand daughter, Cynthia Marie who resides in Cookville with her husband Jeff and their two daughters Hannah Marie and Abigail Nicole. Her brother, Henry Harwell Clark of Fayetteville, TN preceeded her in death by one week at age 85. Her other grandchildren by marriage are Matthew Paul of Ft. Lauderdale, FL. Jeffrey Paul of Murfreesboro, TN, Margaret Paul of Franklin, TN and Michael Paul of Chattanooga, TN.

"Ms. Marie" very much enjoyed attending the Goodlettsville Chamber of Commerce meetings with Lula Mai Hunt who was a close friend and preceeded her in death on July 13, 2010. It was very difficult to go anywhere with her without someone recognizing her and spending many minutes just talking and visiting. She started her career at Swift Meat Packing Company in Nashville as a bookeeper. She met and married her late husband while she was employed there and Claude previously worked for many years for Tom's Toasted Peanuts and had a regular route he serviced each week. She was fortunate to have been able to travel with her husband and family for many years after their retirement and see different parts of the world. She will be deeply missed by all that knew and loved her.

Her best friend of 60 plus years, Allene Keith of White House, TN was with her when she passed as was her son, Randy. Visitation will be at Cole & Garrett Funeral Home in Goodlettsville from 4-8 PM Wednesday September 8th. Funeral services will be at 1 PM Thursday September 9, 2010 with interment at Forest Lawn following the service. Visitation Thursday from 11 am until service time. For those desiring, donations may be made to the Rivergate Church of Christ.