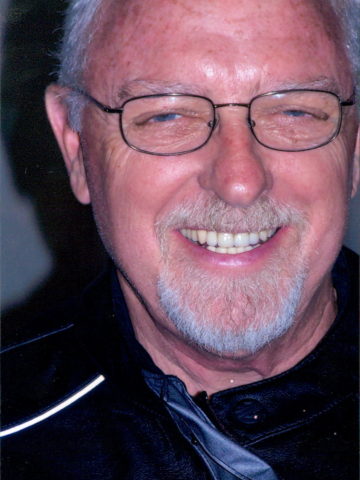 Donald Jerry Sinclair, age 76, went to be with the Lord on April 30th, 2016. Don was born June 4th, 1939, in Des Moines, Iowa to Archie and Leona (Steffins) Sinclair.  Don loved his family deeply and was loved by all who knew him.  He will be greatly missed, especially by his wife of 28 years, Linda; his sons, Don Sinclair, Jr. and Michael (wife Stephanie) Sinclair; his daughter, Tracy Sinclair; and grandsons, Alex and DJ (Donald Jerry Sinclair, III). His two dogs, Kodi and Shorty, also had a special place in Don’s heart.

Don worked in the printing business for most of his adult life.  In 2005, he retired from Donahue Printing in Los Angeles after working there for 20 years.  In 2007, he and his wife Linda moved to Cross Plains to be near his son, daughter-in-law, and grandson Alex.

He served his country in the Navy from 1958 to 1962, working on airplanes and helicopters.

Don was the kind of guy who could fix anything.  He enjoyed working on cars and meticulously restored many to their former glory.  His skill and talent was recognized by other car-enthusiasts when some of his treasured autos won awards at car shows. Don also spent his spare time riding Harleys and driving off-road vehicles.  When he moved to Tennessee, he joined the local car club, Highway 109 Cruisers, and enjoyed the comradery of many dear friends.

A celebration of life will be held Wednesday, May 4th, at 11 am at Cole & Garrett in White House, with visitation an hour beforehand.  The family requests that in lieu of flowers, donations may be made to the American Cancer Society.