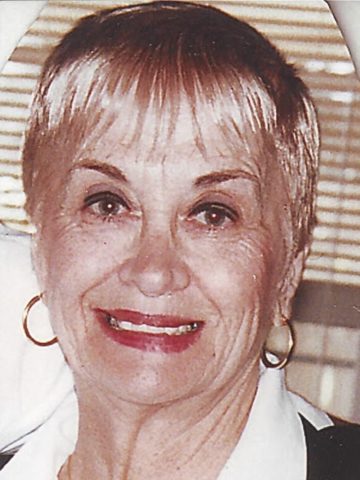 Departed on January 30, 2018 and resided in Goodlettsville, TN

Dominica Eleanor Marrett, 90, passed away with her family by her side on January 30, 2018. Born May 12, 1927 in New York, NY she was the daughter of the late Sebastiano and Mary (Botindari) Antoci. As a young girl, Eleanor moved to Lawrence, MA where she graduated from Lawrence High School. It was also in Lawrence where she became a rising star as a singer and dancer. She wrote and recorded a single record and later that same song was recorded by a country artist. The attention and opportunity to embark on a professional career as an entertainer was something she loved, however, since she was still a young woman in her teens her mother wouldn’t allow her to pursue it. Eleanor eventually married, had children, had a career in Human Resources for the State of Tennessee and eventually moved to Goodlettsville. She and her husband Ray loved traveling. They enjoyed the beach, many Caribbean cruises and pretty much any water destination they could visit. She especially loved their trip to Hawaii. Music was something that was another constant passion in her life. This had its early beginnings with her mother listening to Italian Opera on Sundays and more recently supporting her grandson’s rock band. The common thread of Eleanor’s life was her love of and devotion to her family. From the raising of her children to her integration into her grandson’s life and accomplishments, Eleanor was a fiercely loyal, generous and loving matriarch for her family. Eleanor was also a woman of strong faith and had been a devout catholic throughout her life and currently also had a connection with Metro Baptist Church in Goodlettsville. In addition to her parents, Eleanor was preceded in death by two sisters, Josephine Alteri and Angela Antoci. She is survived by her husband of 23 years, Ray T. Marrett; her son Michael Adams and his wife Kelly; her daughter, Mary Marion and her husband Joe; and their son (her only grandchild) Tanner Marion. Visitation for Eleanor will be Saturday from 12 noon until 1pm at Cole & Garrett Funeral Home, Goodlettsville. A Life Celebration service will be held Saturday at 1:00 pm followed by a procession to Spring Hill Cemetery’s Serenity Garden Mausoleum.