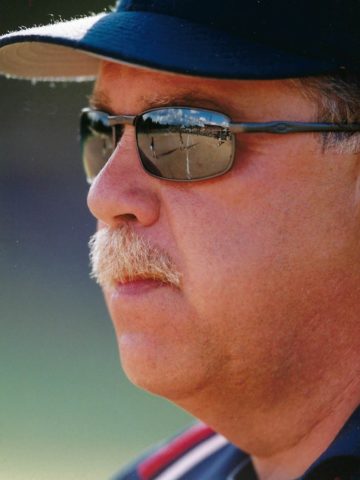 Departed on January 9, 2018 and resided in Goodlettsville, TN

Dennis Birdwell passed away on January 9, 2018 at the age of 65. He was born and raised in Goodlettsville Tennessee. His love for baseball began at the age of nine when he played little league. He graduated from Goodlettsville High School in 1970. He attended the University of Tennessee Martin briefly before joining the Army Reserves and served from 1970 – 1976. He went to work for the Metropolitan Police Department in 1972 and retired as a Sergeant in the CID Division.

Dennis started coaching baseball in Goodlettsville in 1971 at the age of 19. In his 46 years of volunteering his time with the Goodlettsville baseball league he won 13 Dixie Youth State Championships, had 12 Dixie Youth World Series appearances and was runner up on two occasions. In 1996 he recorded his 1000 wins.

During his years of coaching in Goodlettsville he also umpired and served as a board member. Dennis lead the charge to establish the first board of directors for Goodlettsville Dixie youth baseball and was elected as the league’s 1st president. He was the Chairman for the 1980 Dixie Youth World Series when it was held Goodlettsville Tennessee. He was the Goodlettsville Little League President Emeritus when the 12 year olds won the United States World Series championship.

In addition to his work with the Goodlettsville Baseball league he also coached softball, baseball and basketball at St Joseph school and received the Footsie Lenahan award at Father Ryan High School which honors members of the community who make significant contributions in time to the school’s Athletic program.

Most recently he served as head coach at White House Heritage High School from 2010 to 2013 where he took them to the school’s first ever district championship in 2012 and again in 2013. He served as the President Emeritus of Goodlettsville Little League baseball. In 2014, he was awarded the Tennessee Old Timers Association Junie McBride Mr. Baseball.