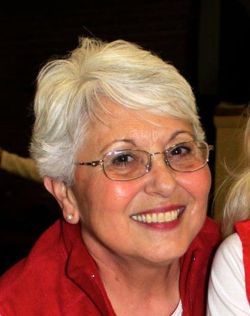 Departed on February 1, 2014 and resided in Mount Juliet, TN

Denise, age 67, passed away Saturday, February 1, 2014 at Vanderbilt Medical Center. She was born September 30, 1946 in Chicago, Illinois and spent most of her early life in the United States at various Air Force Bases. She met Kenneth during a tour of duty with her family at Ramstein Air Force Base in Germany in 1963. Upon Kenneth's discharge, they left Ramstein and established their residence in Middle Tennessee. Denise worked for the Metropolitan Government as a School Crossing Guard for 30 years. Denise also worked at Andrew Price Methodist Church for 28 of those years as a teacher and administrator for the Playschool program. In October of 2012, she assisted in opening a new preschool program at Immanuel Lutheran Church in Hermitage, Tennessee where she served as the Assistant Director until being diagnosed with lung and bone cancer in October 2013. She was loved by all who knew her - especially her students, some of which are now parents and grandparents of current students.

Preceded in death by her parents James R. and Helen Brown; brother Dean; and sister Diana.

She was a devoted wife to, Kenneth R. Gammons for 48 years; loving mother to her daughters Kim Gammons Minor (John) and Kathy Gammons Robinson (Cliff); treasured Nanny to Paige, Tess, and Bret; and sister to Doris (Dodee) Marie Bryant; and several nieces and nephews.

The family would like to say a heart felt thank you to Dr. Sally York, Dr. Jennifer Halpern and the staff in the Vanderbilt Palliative Care Unit for their attentive loving care.

The family will receive friends from 4-8pm Monday and again from 12-1pm Tuesday at the Cole and Garrett Funeral Home, Goodlettsville. Funeral services will be conducted 1pm Tuesday in the funeral home chapel with Pastor Roger Thaxton and Pastor Keith Enko officiating. Burial will follow in the Hillcrest Cemetery in White House.