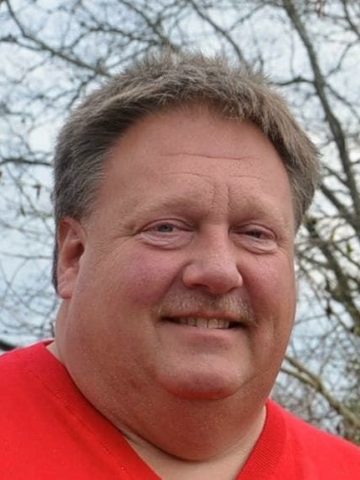 Departed on January 10, 2019 and resided in Goodlettsville, TN

David Ray Young of Goodlettsville, Tennessee passed away Thursday, January 10, 2019. He was 56 years old.
David Ray was born at Baptist Hospital in Nashville and was raised in White House and Goodlettsville. A 1980 graduate of White House High School, he worked for Ford Motor Company and just celebrated 30 years with Ford as an electrician. First at the Nashville Glass Plant, David Ray was transferred to Kansas City and ended his service with Ford at the Louisville Assembly Plant. From 1985 to 1990 he was a member of the Goodlettsville Volunteer Fire Department. He was an avid race fan and spent many years at the Nashville Speedway as a spotter for numerous drivers. David Ray is survived by his sons, Zach & Scobe; parents David L. & Ann Young; sister Cara (Doug) Webb; niece Ashlyn Webb; and nephew Austin (Christina) Webb.
Visitation will be on Saturday, January 12, 2019 at Cole & Garrett Funeral Home in Goodlettsville. The family will receive visitors from 11AM to 8PM. Private family interment will take place at a later time.
In lieu of flowers, the family asks for donations in David Ray Young’s memory to the Goodlettsville Firefighters’ Kids Christmas Fund at Simmons Bank in Goodlettsville. Donations can be made directly at Simmons Bank.