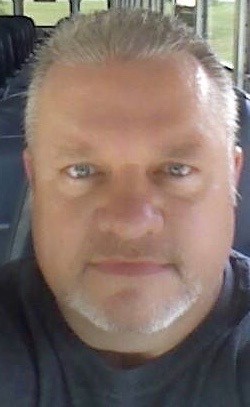 Departed on July 5, 2020 and resided in Pleasant View, TN

Darrell Jay Heavener, 61, of Pleasant View, TN passed away suddenly July 5, 2020. Born November 16, 1958 in Nashville, TN, Jay was the son of the late Daniel Floyd Heavener and Martha Jean McClanahan Heavener. He was also preceded in death by a brother, Donald. Jay had been an auctioneer in Goodlettsville, TN for many years. More recently he had worked hauling explosives for construction firms in greater Nashville. Jay had also sold real estate. He was known to be an extremely outgoing person with a bold personality. He would quickly become a center of attention when entering a room or situation. One of his greatest talents was his voice. Jay had studied voice at Belmont University and had led choirs at many different area churches. He had also sung with the Nashville Symphony during the 1980s. Jay was a Christian and truly loved church. He was also a hard worker rarely taking time off to relax. His bible studies also reflected this in his flagging of verses reflecting on the merits and Godliness of hard work. He was considered “crafty”, clever, and a creative problem solver. Among the things he had enjoyed in those rare “free-time” periods was deer hunting with his sons. Jay is survived by his wife, Vicky; sons, Joshua and Jeremy (Brittany) Heavener; brother, Randy (Debbie) Heavener; Brother-in-Law, Mike (Linda) Simpkins; Sisters-in-Law, Connie (Keith) Thomas and Peggy (Kemmy) Shores;10 nieces and nephews,10 great and 2 great-great nieces and great-nephews; and many friends. A celebration of Jay’s life will be held Tuesday, July 14th at 2 PM at Long Hollow Baptist Church, Hendersonville. Visitation will be held at church Tuesday from 10 AM to 2 PM prior to the service. In lieu of flowers, memorial contributions may be made to Tennessee Wildlife Resources Foundation , https://www.paypal.com/fundraiser/charity/2208761