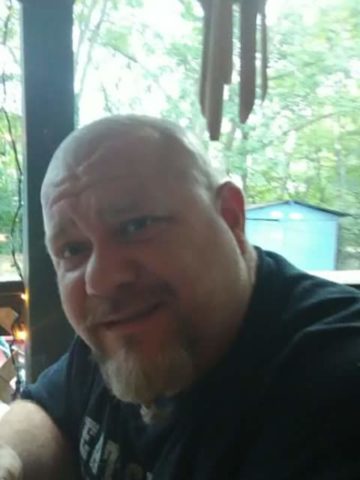 Daniel Allen “Danny” Weddell passed away unexpectedly January 17, 2018. Danny was born in Sandusky County, Ohio on July 25, 1975. He overcame the hardships of a tough life as a youth growing to became a dependable and devoted family man and worker. Danny was employed by Harold Moore Painting Co for the last several years. Throughout his life Danny enjoyed anything outdoors. He was an avid hunter and fisherman who recently had shot his eighty first deer. Deer hunting was a passion and something he began as a youth. This had been passed down by his father and grandfather who were also avid hunters. Danny was preceded in death by his father, James W. Weddell. He is survived by his mother, Nina Gail Hutton; his wife, Terri Lynn Weddell; his son Brandon Weddell; his step-sons, Dalton Hayes, Dillon Hayes, and Mason Hayes; his grandson, Ashton Hayes; his sister; Beth (Stu) Barton, nieces Addie, Ema and a nephew Aidan; his sister Janet (Jim) McQuillin and niece Ava; his sister Heather Silguero, nieces Maria Silguero-Mavis, Norma, Diana and nephews Ramon Jr. and Eliseo; his brother-in-law Ramon A. Silguero; his aunts Joyce (Jim) Smith and Carol (Ameleng) Miller; his great-aunt, Cora Mae Bailey; and several cousins. A Life Celebration Service will be held for Danny, Saturday, January 27th at 2 pm at Cole & Garrett Funeral Home. Visitation will be Saturday from noon until 2 pm.