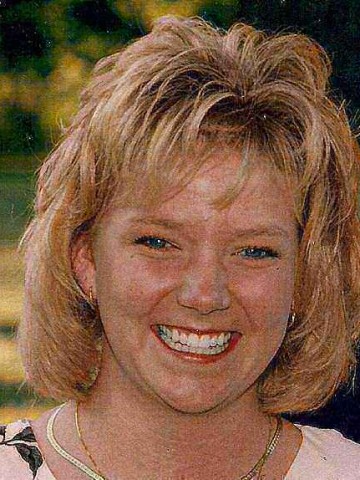 CRIST, Robin Kathleen- 41, of Nashville, Tennessee, passed away on Saturday, April 14, 2012, in her home, following a courageous battle with breast cancer. Robin was born in Dayton, Ohio, and attended Bethel Middle and High Schools. In 1991 Robin met her husband, Steve Crist, formerly of Piqua, Ohio, and they were wed in 1993. The couple made their home in Dayton, Ohio, and gave birth to two beautiful boys. In 2000, her husband's career led them to Nashville, Tennessee. In Nashville Robin again touched so many lives. She developed many, many friendships along the way and unceasingly offered her beautiful, familiar smile to everyone she met. It was her family, though, that brought Robin her most joy. She was a devoted spouse and mother that so very dearly loved, and was so very proud of, her two boys, Brent, 15 and Colin, 13. They will miss their mom's abundant love, affection and daily encouragement. Robin was a fixture at all their sports and school events and her close friends will undoubtedly miss her company in the stands. She loved watching her boys grow physically, intellectually and spiritually and will continue to do so from the heavens. Her gentle presence and kind spirit will be continually felt by her loving husband and children forever. She was taken from them much too soon, but they know that her work in this life was complete. Robin is survived by her husband, Steve, and children Brent and Colin of Nashville, her father, Robert Jenkins of Bethel Township, Ohio, sister Tere Metz of Dickson, Tennessee, and Casey Moody of New Carlisle, Ohio, and brother Matt Jenkins of Madison, Wisconsin. Robin is preceded in death by her mother Lois of Bethel Township, Ohio, and Niece, Amanda Moody of New Carlisle, Ohio. Visitation for Robin Crist will be held at the Saint Henry Catholic Church on Thursday, April 19 from 4pm to 7 pm. A Mass of Christian Burial will be held the following day on Friday, April 20 at 11 am at St. Henry. Interment will follow at Harpeth Hills Memorial Gardens in Nashville. Donations in lieu of flowers can be made to St. Henry Church, 6401 Harding Road, Nashville, TN, 37205, or, Alive Hospice, 1718 Patterson Street, Nashville, TN, 37203