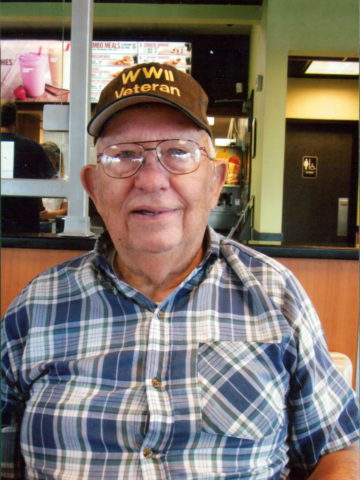 Departed on January 4, 2019 and resided in Madison, TN

Clarence G. Smith, 91, of Madison, passed away Friday, January 4, 2019. Born in Gastonia, NC, March 19, 1927, he was the son of the late Joseph Smith and Jessie Saltsman Smith and was one of their eleven children. Clarence was a Navy Veteran of WW-II and like many of his generation, he had lied about his age in order to enlist in service of his country. He served aboard the USS Rushmore in the pacific. After the war he worked for the Jewel Tea Company primarily serving East Nashville and the Hendersonville area for 28 years. He had been married to Jolene (Vaughan) Smith for over 69 years at the time of her death three years ago. Spending time with his family was where he derived the most pleasure, however he also enjoyed hunting, fishing and camping in his spare time. He is survived by four sons, Gary (Rosemary) Smith, Ronnie (Janice) Smith, David Smith, and Mike (Debbie) Smith; his only surviving sibling, Joe Smith; 6 grandchildren; 8 great-grandchildren; 6 great-great-grandchildren and numerous extended family members and friends. Visitation will be held Tuesday from 5 to 8 PM and Wednesday from 10 AM to 12 noon at Cole & Garrett Funeral Home, Goodlettsville. A Life Celebration Service will be held Wednesday at 12 noon officiated by Bro. Ken Castleberry. Interment with military honors will follow at Forest Lawn Cemetery. Acting as pallbearers will be; David Smith, Phillip Smith, Steve Smith, Jeff Smith, Daniel Smith, Garrett Smith, Nathan Smith and Jake Smith. In lieu of flowers, memorial contributions may be made to the Middle Tennessee Chapter, Ann’s Angels of the Alzheimer’s Association.