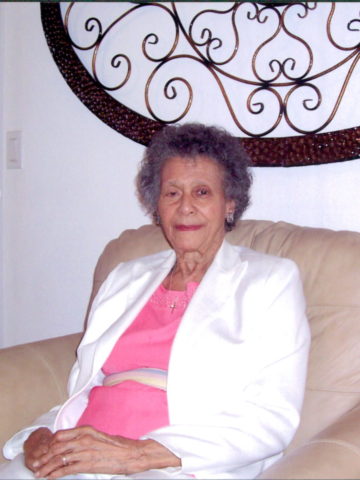 Departed on November 10, 2016 and resided in Goodlettsville, TN

Christine Frierson Cantrell began her earthly journey on May 26, 1927 in Williamsport, Tennessee. She was the only child of Isaac Frierson and Tomella Sharp, who both preceded her in death. “Aunt Chris”, as she was affectionately called, went from labor to reward on November 10, 2016, after a brief illness.

She was educated in the Davidson County School System, and professed a hope in Christ at the age of sixteen. She was baptized into the membership of the Pleasant Green Baptist Church, where she served for several years.

On December 21, 1946, she was united in holy wedlock to Hudson M. Cantrell of Goodlettsville, Tennessee. To this union three children were born. Later, she united with Baker’s Chapel CME Church, where her lemon pound cake became legendary. She served diligently as a member of the Stewardess Board, as President of the Senior Choir, and as a member of the Missionary Society. She also attended Sunday School faithfully.

In 2009, “Aunt Chris” suffered a debilitation stroke, lost the love of her life after nearly 63 years of marriage, and relocated to Phoenix, Arizona, to live with her youngest daughter. A soul less anchored in the Lord would not have been able to weather the storm, but she held to God’s unchanging hand and let Him lead the way. While in Phoenix, she attended Historic Tanner Chapel AME Church as her health permitted. She was just as beloved there as she had been at Baker’s Chapel. She gathered many new daughter, sons and grandchildren, who all called her “Mother Chris.” She was a loving and generous wife, mother and friend who never met a stranger. But most of all, she was a child of the King.

Visitation with the family will be on Wednesday, November 16th at 10:00 A.M. from the Baker’s Chapel CME Church, 206 New Brick Church Pike, Goodlettsville with funeral services to follow at 11:00 A.M. Interment will follow in Benevolent Cemetery.