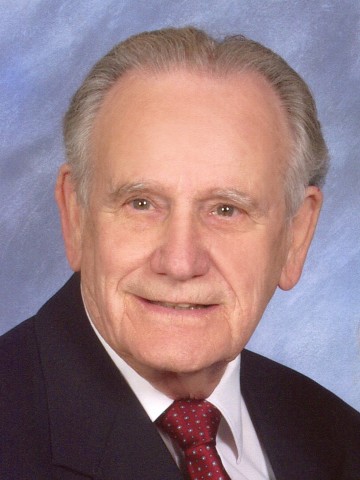 Departed on November 25, 2015 and resided in Goodlettsville, TN

Husband, father, grandfather, friend, World War II veteran, Auburn University fan, and pharmacist. Died November 25, 2015, at age 96. Born October 10, 1919, in Hartselle, Alabama, he was known as Charlie, Doc, and NeeNee to his friends and family. Preceded in death by his wife of 43 years, Virginia B. Wright, and his parents and four siblings. Survived by sons and daughters-in-law John and Betty Lou Wright and Paul and Sally Wright; grandson, Matt (Donia) Wright; brother Robert (Martha) Wright; several nieces and nephews. Graduating from Morgan County High School in Hartselle in 1939, he proudly served during WWII in the U.S. Army, 151st Engineers, with tours in the Aleutian Islands and Europe. He received a pharmacy degree from Auburn University in 1948 and worked in several drug stores in Alabama and Tennessee before opening Goodlettsville Drug Co. in 1956. His 25-cent hamburgers and milkshakes are still talked about today. Active in the youth baseball program in Goodlettsville in the 1950s and 1960s, he was the first park director for the City of Goodlettsville and chairman of the Park Board for many years. Moss-Wright Park in Goodlettsville was named for him and the first mayor of Goodlettsville, the late H.S. Moss. He was a charter member of Goodlettsville Southern Methodist Church where he taught Sunday School, and was a former Trustee at Southern Methodist College in Orangeburg, SC.

He loved Auburn football, his WWII buddies, Big Band music, woodworking, collecting knives, and “Gunsmoke.” The family thanks the caring staff at NHC Hendersonville, his home for nearly five years.

A graveside service will be held at Forest Lawn Memorial Gardens