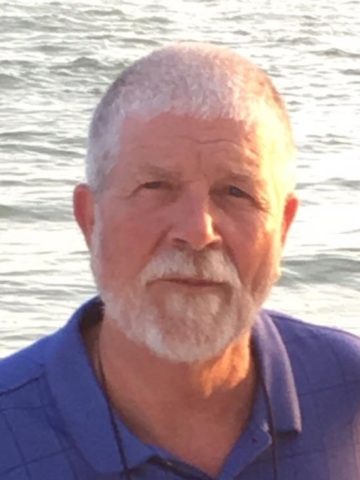 Cecil Leo Davis, age 71 of Goodlettsville passed away October 26, 2016. Mr. Davis was born on March 28, 1945 in Columbia, TN to the late Cecil and Esther Davis. He attended North High School; was retired from the Tennessee Wildlife Resources Agency with over 45 years of service. Mr. Davis and his family were longtime residents of Joelton prior to moving to Goodlettsville where they were members of First Baptist Church of Joelton; in recent years he attended Long Hollow Baptist Church. Mr. Davis was a loving husband, father and grandfather; he will be deeply missed. He is survived by his wife of 49 years, Patti Davis; daughters, Beth Nicholson (Gregg), Cecili Smith (Chris), Melissa Worley (Matt) and Emily Roney (Nathan); 10 grandchildren; sisters, Iva Lou Boyd, Shirley Davis and Linda Pelham; brother, Wayne Davis; his dog, Dolly and his bird, Mario. A Life Celebration Service honoring Mr. Davis will be held on Wednesday, November 2nd at 11:00 A.M. from the Chapel of Cole & Garrett in Goodlettsville with Bro. David Royalty and Bonni Skipworth officiating. Visitation with the family will be on Tuesday from 4-8 P.M. and Wednesday from 10 A.M. until service time. In accordance with his wishes, Mr. Davis will be cremated and there will be a graveside service at a later date. Arrangements Entrusted To: Cole & Garrett Funeral Home, Goodlettsville (615) 859-5231 www.coleandgarrett.com