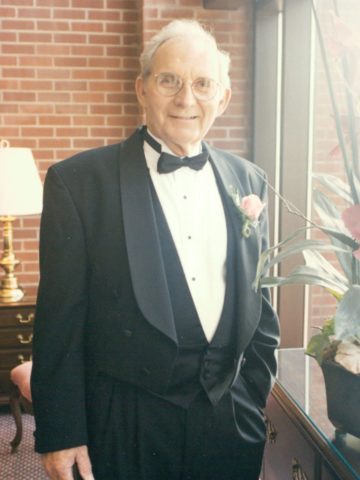 Departed on December 6, 2017 and resided in Goodlettsville, TN

On Dec. 6, 2017 C.D. Sizemore took his heavenly flight to be with Jesus. He was a loving father and devoted husband who will be missed but never forgotten. Born in Rossville, GA, August 6, 1927, he was the son of the late Charles and Gladys (Gaton) Sizemore. He was also preceded in death by a sister, Mazel Hockensmith and three brothers, Melvin, “Chink’ and “BoBo”. He was married to Catherine Faye (Staggs) Sizemore for 56 happy years. They had first met in church and after his return to Goodlettsville after working in Chattanooga for a time they became reacquainted through friends and eventually married. They had a daughter, Cathy, who was the most precious one in his life. Cathy’s husband Steve became C.D.’s “Big Buddy” as they shared many interests including a passion for riding Harley Davidson motorcycles. Steve and his father-in-law developed a bond very early on. C.D. is also survived by a brother, David Sizemore, and nephews, Rickey(Terry)Massey, Rodney Massey, Ronnie Staggs, Bobby(Beth) Sizemore and Scott Sizemore. In addition to his love of motorcycles, C.D. was an all around outdoorsman. He loved boating, camping and fishing. He was also a faithful and ardent Atlanta Braves fan. He and his wife had enjoyed going to the Braves’ 50th anniversary celebrations. C.D. had worked as a bookkeeper, a carpenter having worked on the revitalization of Union Station, and later as a bus driver for the Gaylord Opryland Hotel. He retired about 10 years ago. C.D. attended the First Church of the Nazarene, Nashville for many years. In addition to his love for his family, C.D. had a true and loyal friend in “Gracie” his grand-dog. They would ride together every day to grab a biscuit and coffee at McDonalds and watch the cars go by. It is suspected that the biscuit was for Gracie. As his health declined C.D. kept a picture of Gracie by his side at all times. Visitation for C.D. will be held Sunday from 1-3 PM at Cole and Garrett Funeral Home with a Life Celebration to follow at 3 PM. In lieu of flowers, memorial contributions may be made to Alive Hospice or the Nashville Rescue Mission.