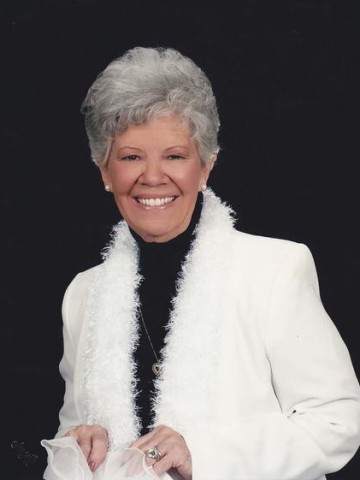 Ruth M. Byrd, of Nashville, Tennessee departed from the flesh to be with the Lord, on March 10, 2011. Ruth was born to Paul and Rose McCloud on May 26, 1929 in LaFollette, Tennessee. Her earthly pilgrimage lasted almost 82 years. She was married to the love of her life, Jack K. Byrd, for 55 years. Ruth could be characterized most by her zeal for her Savior, Jesus Christ. She was a cherished member of The Church of the Redeemer in Nashville, Tennessee. After her beloved husband went home to be with the Lord in 2004, Ruth devoted her time to studying the Scriptures, serving her Church, and encouraging the Saints. She was preceded in death by her husband, Jack K. Byrd, Sr., son, Jack K. Byrd, Jr., sister, Mary Disney, and brother, J.L. McCloud. Ruth is survived by two daughters: Melinda Diane Byrd of Nashville; Bonnie Byrd Cutler and her husband David of Yorktown, Virginia. In addition, she is survived by seven grandchildren: Brian Cutler and his wife, Angie, of Yorktown, Virginia; Kevin Cutler of Sherman Oaks, California; Gregory Cutler and his wife, Laurie, of Virginia Beach, Virginia; Matthew Byrd and his wife, Candice, of Nashville; Maria Arnold and her husband, Trey, of Nashville; Jack K. Byrd III and his wife, Shannon, of Nashville; and Jordan Kyle Byrd of Lebanon. She is also survived by three great-grandchildren: Brianna Cutler of Yorktown, Virginia; Zoey Byrd and Liam Arnold, both of Nashville. Last, she is survived by sisters: Jane Weaver, Sandi Gannon, and Jo Anne Myers; and by brothers: Mac Mauney, Jerry McCloud, and Bobby McCloud. A memorial service will be held at The Church of the Redeemer 920 Caldwell Lane, Nashville, Tennessee, 37204 on Saturday, March 12, 2011 at 3 PM. The service will be presided by The Reverend Thomas McKenzie. In lieu of flowers, donations can be made to The Church of the Redeemer. "But our citizenship is in heaven, and from it we await a Savior, the Lord Jesus Christ, who will transform our lowly body to be like His glorious body" Philippians 3:20. "I have fought the good fight, I have finished the race, I have kept the faith" 2 Timothy 4:7. WEST HARPETH FUNERAL HOME 6962 CHARLOTTE PIKE NASHVILLE, 615 352-9400 www.afamilylegacy.com