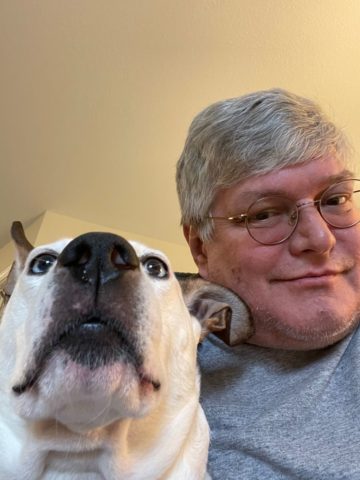 Departed on April 26, 2021 and resided in Goodlettsville, TN

Brian Scott Daniels, 54 of Goodlettsville, passed away suddenly April 26, 2021. Born October 23, 1966 in Opp, Alabama, Scott was the son of the late Bud Daniels and Geraldine Martin Daniels. He was raised and educated in Alabama where he also received his Bachelor’s degree from Auburn University. Scott spent his entire career in the field of social services. He had worked in the areas of mental health, veteran’s assistance as well as in the area of intellectual and developmental disabilities. He moved to middle Tennessee in 2008 and had been employed by the State of Tennessee. He was passionate about social justice issues. Scott was a communicant of St. Ann’s Episcopal Church, Nashville. He is survived by his husband, Robert E. Harry, Jr; and his brother and sister-in-law, Philip (Martha) Daniels. A Life Celebration Service will be held at Cole & Garrett Funeral Home, Goodlettsville, TN, Saturday May 1st at 2:00 PM with the Reverend Kira Austin-Young officiating. Visitation will be held from 1 to 2 pm immediately preceding the service. Scott was loved and admired by all that knew him. He will be greatly missed.