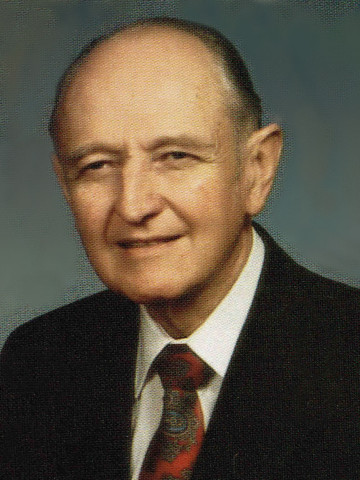 Departed on December 13, 2013 and resided in Nashville, TN

MOWREY, Robert Atchley (Bro. Bob), Age 87, went to be with his heavenly Father December 13, 2013, with his family by his side. Bob was born June 1, 1926, in Cleveland, Tennessee to Jesse Franklin Mowrey and Jewell Atchley Mowrey. At age 9, on Easter Sunday morning in 1935, Bob came to know his Savior and was called to preach the Word that same day. Bob never faltered from that calling until the day he left this earth. Christ worked in this man to influence the lives of countless men and women. His presence and witness will impact the lives of future generations. Bob preached his first sermon at age 14. He later graduated from the University of Tennessee at Chattanooga and Southern Baptist Theological Seminary in Louisville, Kentucky. He pastored several churches in Tennessee, Georgia, and Alabama before becoming pastor of Park Avenue Baptist Church in Nashville where he served for 35 years from 1960 to 1995. Not one for retirement, Bro. Bob was interim pastor at First Baptist Cookeville, Tennessee and First Baptist Sparta, Tennessee before becoming pastor of First Baptist Scottsboro, Tennessee where he served from 2001 to 2013. Bob preached his last sermon at Scottsboro on December 4, 2013, the day before he suffered a stroke. Bob married his soul mate and life companion, Peggy Thompson, on May 14, 1950, in Chattanooga, Tennessee. Bob and Peggy were married for 63 wonderful years. In addition to Peggy, Bob is survived by his two sons, Robert (and wife Nancy) of Dallas, Texas, David (and wife Cynthia) of Nashville; grandchildren, Heather (and husband Mark) Johnson, Hannah Mowrey, Nathan (and wife Jeanne) Mowrey, John (and wife Ashley) Mowrey, Tate Mowrey and Andrew Mowrey; great grandchildren Haley Jackson and Alley Jackson, all of Dallas, Texas. The funeral service will be on Tuesday, December 17, 2013, at 12pm, at the Park Avenue Baptist Church, 4300 Park Avenue, Nashville, TN 37209, with Bobby Welch officiating. Interment at Harpeth Hills Memory Gardens, 9090 Highway 100, Nashville, Tennessee 37221. Visitation will be held at Park Avenue on Monday from 3-7pm and on Tuesday from 10am until the service hour. Pallbearers will be grandsons, Raymond Berlin, Bobby Strickland, Tommy DeFord, Gene Turner, and Larry Parris. In lieu of flowers, the family requests that donations be made to First Baptist Church Scottsboro, 5253 Old Hickory Blvd., Nashville, TN 37218. WEST HARPETH FUNERAL HOME, 6962 Charlotte Pike; online guestbook www.www.coleandgarrett.com 615-352-352-9400