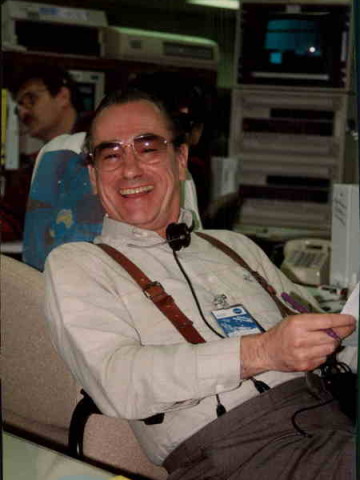 Departed on February 8, 2013 and resided in Nashville, TN

BAYUZICK, Robert John "Buzz" Age 75, February 8, 2013. Born in Braddock, PA. Ph.D Professor Emeritus at Vanderbilt University. Bob obtained the Ph.D degree in Materials Science at Vanderbilt in June 1969. He was granted the Master of Science degree in Physical Metallurgy from the University of Pittsburgh in December 1963. Graduated with a Bachelor of Science degree in Metallurgical Engineering from the University of Denver in May 1961. In 1991 to September 1992 he was a Visiting Senior Scientist at NASA Headquarters. In September 1985 to April 15, 1990 he became Director of the NASA Center for Space Commercialization at Vanderbilt and served as the chairman of the International Space Station Committee. He was a Visiting Research Professor from September 1977 through September 1978 at Cambridge University in Cambridge, England. He was on the Engineering Faculty at Vanderbilt from 1969 to 2003 at which time he retired. Bob received many honors and awards throughout his tenure at Vanderbilt. One in particular was NASA's Public Service Medal for "exceptional contributions to the mission of NASA" in 1992. He had 83 publications, 44 invited conference presentations, 63 contributed conference presentations and 8 invited lectures. He loved spending time with his family, camping, reading, RVing and traveling. He was a man of unswerving faith. Bob was preceded in death by his parents, John and Mary Holub Bajuzick. He is survived by his forever love, his wife of 52 years, Jeannette Lyle Bayuzick; daughters, Carrie Gary Hargis and Kellie Bob Kidd; grandchildren, Knox, Alex and Andie Hargis and Roxie and Max Kidd, all of Nashville; sister, Maryann Art Schneider from Denver, CO; nieces, Kathleen Foreman and MaryBeth White; nephews, Joseph Sullivan and John Sullivan all from Denver. Active Pallbearers will be Gary Hargis, Bob Kidd, Knox Hargis, Alex Hargis, Max Kidd, Joseph Sullivan and John Sullivan. Honorary Pallbearers will be Dr. Richard Shiavi, Robert Atwood, Bob Casey, Hal Meacham, Bob Armour, Dennis Hackett, Jim O'Dowd, Kent Skinner, Ottie French and the Vanderbilt University Engineering School past and present students and faculty. A special thank you to Alive Hospice and Barton House for their caring staff. Funeral Mass will be 11:00 am Tuesday at St. Matthew Catholic Church. Visitation at St. Matthew on Monday, 4-8pm and Tuesday 10-11am. In lieu of flowers, please make donations to the St. Matthew School Tuition Assistance Program, 535 Sneed Rd West, Franklin, TN 37069 or the Tennessee Right to Life, 4808 Welshwood Dr. Nashville, TN 37221. HARPETH HILLS FUNERAL HOME, 9090 Hwy 100, Nashville, TN 615-646-9292. www.afamilylegacy.com