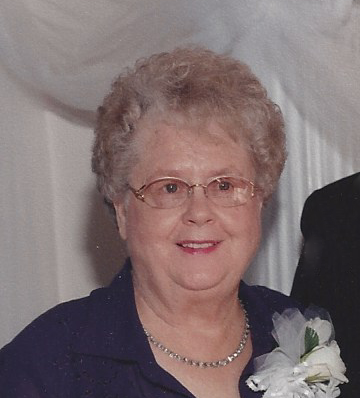 Departed on January 23, 2020 and resided in Cottontown, TN

As a child, Ruthie attended school in Smith country until the third grade. When the family moved to the Gallatin School system she was accidentally placed in the second grade, but Ruthie was too shy to tell them about the mistake so she repeated second grade again! Her parents moved to Portland, TN during her senior year of high school, so she lived with her best friend, Frances Nolen, to finish the year and graduate from Gallatin High School.

The McDonalds and Shumakes became family friends when Ruthie moved to Gallatin as a young girl. After Henry came back from serving in the army, they started dating. They were married February 27, 1953 in a small ceremony with their best friends as their witnesses.

When they had their second child they moved to Maxwell Branch Rd in Cottontown. They were blessed with four more children and a variety of good jobs including farming, gathering eggs, and Henry’s public job. Together, they purchased and operated the grocery store at the Johnson’s Crossroad calling it Shumakes Grocery. The whole family pitched in and made many priceless memories together. Ruthie was excellent with money and later worked with the Bank of White House until she retired.

Ruthie was a member of the Eastern Star in White House, TN, and the Walnut Grove United Methodist Church where she held many jobs and duties over the last 50 years. She was also active with the Sumner County Farm Bureau Women. Ruthie treasured every one of her grandchildren and great-grandchildren, so her biggest heartache was the loss of her two grandsons, Jason Mark Apple at birth, and Brian Steven Apple at age 17. Her grandchildren are Stacey Collins, Scott Shumake (Laurie), Adam Shumake (Rosie), Phillip Shumake (Tracy), Justin Shumake (Jessica), Aaron Davis (Jess), Anna Kristin Davis, Jeremy Apple (Mamie), Ashley Apple Green (Justin), Kory McConnell, Dena Renee Short Lashley (Micah).

Ruthie had many hobbies, she loved to sew and made most of the girls clothes when growing up. When Judy and Anna married she made their wedding dress. She also loved to play cards, watch game shows, and her soaps but most of all she loved Facebook so she could see all her children share all the things her grandchildren and great grandchildren were doing on a daily basis.