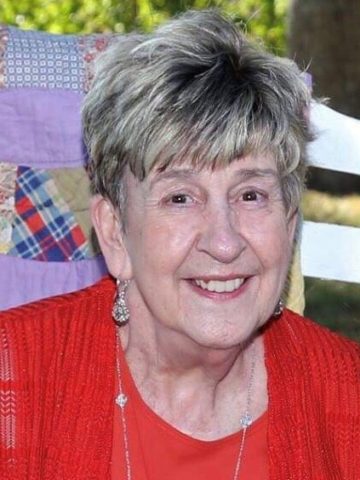 Anna Molene Borden Whitaker died early on June 30, 2019, in Smithville, TN. She was born in Clay County, TN, the youngest of the 10 children of Audie Hermas Borden and Ola Madelyn Mullinix Borden. She was named after two of Ola’s friends, one of them a midwife at her birth.

Anna met William Thomas Whitaker on the 4th of July, 1958 and they were married in October of that year, a marriage of nearly 44 years that ended with William’s death in 2002. She is survived by her daughter, Darcie Ann Whitaker Cripps (Kent) of Alexandria, TN, who lovingly and selflessly cared for her during the illnesses she endured in the last decade of her life. Her son, Christopher Thomas Whitaker (Cynthia) of Baltimore, also survives her. She was preceded in death by her son, William Douglas Whitaker who died in 2005. Her grandchildren Jen Whitaker (Scott Kaufman) of Ashburn, VA, William Whitaker (Sarah Shald) of Sioux Falls, SD, Kevin Cripps (Liz) and Tyler Cripps (Jessica) of Alexandria, TN. She had six great-grandchildren.

Anna was a reader all her life and she never left a library or Books-A-Million without a cherished armful of popular fiction. Finding a place to put books in her house was a constant battle and thousands were given away, donated, or loaned and forgotten over the years. She was known for her biscuits which were so good that many fine bakers were frustrated in their efforts to duplicate them, and for her sheath cake that made every family gathering complete. She was loved as a playmate and friend to her nieces and nephews, children of her older siblings. She was a Brownie and Scout leader and will be remembered as a young mother who played badminton, croquet, baseball in the yard of her home on Alta Loma Road in Goodlettsville, TN. After the children were grown Anna worked as an accounts clerk for several companies and retired from the Dollar General Corporate headquarters. Anna was raised, and raised her children in the Church of Christ.

Visitation will be at Cole & Garrett Funeral Home Goodlettsville Tuesday July 2 from 2-8 pm, and Wednesday July 3 from 12 Noon until service time at 2pm. Entombment will follow at Spring Hill Cemetery Mausoleum.