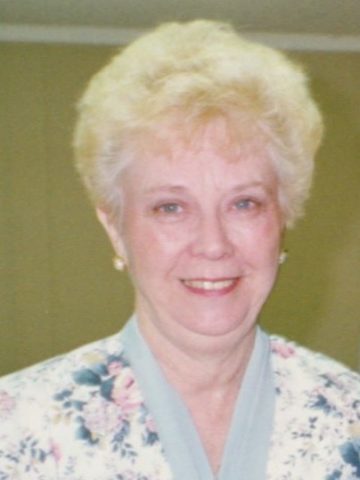 Departed on October 1, 2019 and resided in Madison, TN

Anna B. Greer, 91, passed away Tuesday, October 1, 2019 in Springfield, TN. Born November 15, 1927 in Old Hickory, TN, Anna was the daughter of the late Reuben Warren and Ida Pearl (Carter) Warren. Anna was preceded in death by her husband, Alvin "Bob" Greer. She was also preceded in death by her two brothers, Jack Carter and Jimmy Warren. Anna had been a life long member of the Old Hickory Church of Christ. During her working life, she had worked at Woolworths, Walgreens and Shoney’s. In her spare-time she was an avid reader and also loved to sew, crochet and knit. Another talent Anna had was the ability to create beautiful arrangements from the flowers that grew in her family greenhouse. A devoted wife, mother, grandmother, great-grandmother and friend she truly touched many lives during her lifetime. She leaves to cherish her memory, her two sons, Jack T. “Tommy” (Carolyn) Greer and Alvin (Sharon) Greer; three grandchildren, Jennifer (Doug) Anderson, Logan Greer, and Jackson (Katharyn) Greer; and two great-grandchildren, Caleb Anderson and Caleigh Anderson. Visitation for Anna will be held Wednesday, October 2, 2019 from 4 to 8 PM and Thursday from 11 AM to 12 PM at Cole & Garrett Funeral Home, Goodlettsville, TN. A life celebration service will be held Thursday at 12 noon followed by interment at Ivy Point Cemetery, Goodlettsville.