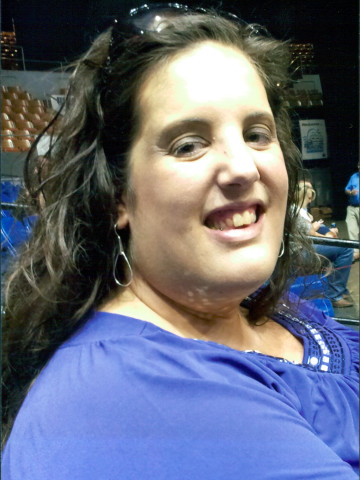 Angela was born on November 29, 1977 to Mr. Gil and Jane Hobneck in Bloomington, Illinois. She was the second of four children, where she would become the best friend and second mother to her little sister Sara.

When describing Angela’s life it didn’t take very long to realize the caring and giving person she was. As a small child her mother said she was the “Social Butterfly” of the group that never met a stranger but would also give up her doll if she thought it would mean more to someone else. During high school she was an honor student and soccer player but would discover her passion for reading that would stay with her for the years to come. She had many favorite books through the years but her favorite author was Nicholas Sparks.

Ang had a love for her family that most people only dream of having. They vacationed together and celebrated birthdays, family game night was a must whenever they could, Christmas Eve was also special at her parents’ house; no matter where they went they were bound to have a wonderful memorable time if Angela had anything to do with it.

IN 2003, Angela became complete when she married her soul mate Jody, they would become the couple that everyone looked to for a perfect marriage and partnership. After Angela and Jody got married they would travel to Hawaii, Las Vegas, and Florida and even to Illinois and West Virginia to visit family as much as they could. It was told that Angela would want to take vacation even when they didn’t have the time off from work just to see family or just to spend time with Jody. If they weren’t able to travel Angela loved just to spend time with her friends hanging out, it was known that if she was going to someone’s house her bag of games came with her.

Angela and Jody were blessed with 12 nieces and nephews, she would take them to the summer reading program at the library, host sleepovers that had a night jammed pack of Arts & Crafts in the living room floor and board games galore on the kitchen table, and would even brave Chuck-e- Cheese just to make sure they had fun. She is and will forever be the Best Auntie anyone could have.

Angela was a person that gave of herself, and her time from family to friends if she had a day off she would plan it around someone. She will forever be remembered as a loving and caring Wife, Daughter, Sister, Aunt, and friend.

Mrs. Wilson is preceded in death by her grandmother Hazel Hobneck and grandparents Robert and Norma Puetz and father-in-law Roger Wilson.

A Life Celebration will be held on Monday, June 29th at 11 am in the Cole and Garrett Funeral Home. The family will receive friends on Sunday, June 28th from 4-8pm then again on Monday from 10am until the time of service.