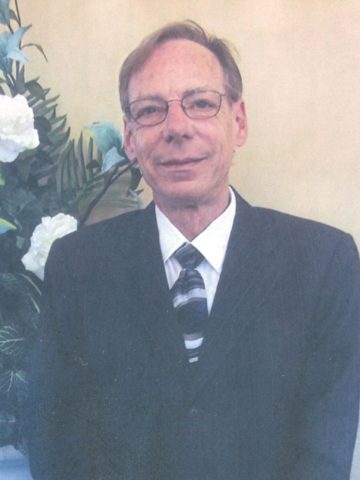 Born in Hopkinsville, Kentucky on December 22, 1952

Departed on April 24, 2016 and resided in Nashville, Tennessee

Andrew Lynch Beachboard, age 63 of Nashville, passed away on April 24, 2016 at his home.
He was born on December 22, 1952 to Edward S. Beachboard and Doris Lynch Simms in Hopkinsville, KY.
Andy was a caring and generous man. He enjoyed shopping with his children, spending time at Café Coca with friends and helping others to the fullest of his abilities.
Andy graduated from Goodlettsville High School with the class of 1971. He was awarded a Bachelor of Arts in Sociology from Lipscomb University. His education and giving spirit guided him to a career in helping others. After working over ten years at the Davidson County Sheriff’s Office, he worked with NCOA and the State of Tennessee assisting those in need to find employment.
Andy became an Eagle Scout at the age of 13. He was very proud of this achievement and enjoyed sharing the scouting experience with his son and sons-in-law.
Andy is preceded in death by his father, Edward S. Beachboard and brother Frank Simms.
He is survived by his mother, Doris Lynch Simms; children, J. Lynch (Jennifer) Beachboard, Kathleen (Darrell) Puls, Carrie (Jamie) Supica and grandchildren, Edward Lynch Beachboard, Kellie Beachboard, Veronica Puls, Walden Puls, and Alice Supica.
A Life Celebration will be held on Friday, April 29th at 11am in the Chapel of Cole and Garrett Funeral Home. Visitation with the family will be on Thursday, April 28th from 5-8pm then again on Friday from 10am until the time of service.
In lieu of flowers donations can be made to the Boy Scouts of America, Jet Potter Service Center
P.O. Box 150409, Nashville, TN 37215 or online at www.mtcbsa.org/Supporters/make_a_gift.html.