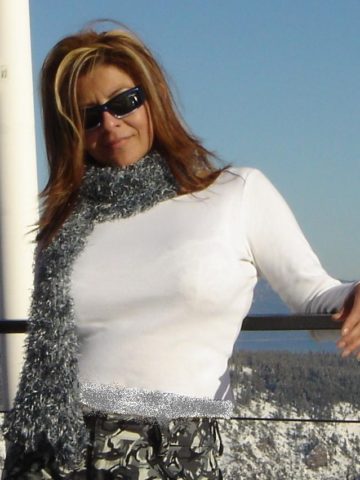 Departed on June 16, 2019 and resided in Goodlettsville, TN

Alicia Zepeda-Crust was born July 1, 1970 in Los Reyes Michoacan, Mexico to Lupe and Juan Zepeda. Her family immigrated to the United States and settled in California. She has 6 siblings. Alicia became a wife and a mother to her pride and joy, James Rodriguez at a very young age. She also soon became a single mother. She was audacious, brave, self-confident, and stood up for what she believed was right. She became a medical assistant, then radiology technician all the while working full time and raising her son. She continued her education and became a cardiac care nurse. Alicia eventually met the love of her life Adam Crust. They embarked on a journey together and ultimately moved to Tennessee. Here she continued her passion in nursing and for learning. She returned to college and earned her BSN. Alicia was passionate about life. She loved hard, played hard, and worked hard. She believed in the importance of family and the gift of friendship. But most of all she believed in love. She is survived by her beloved husband Adam Crust, her son James Rodriguez, her parents Lupe Zepeda and Juan Zepeda, her brothers Gabriel Zepeda and his wife Adriana, Geraldo Zepeda, sisters Veronica Rodriguez and her husband Tony, Shirley Mendoza and her husband Juan, Nora Isela and her husband Obed, Sandra Miranda and her husband Victor. She has 11 nieces and nephews.
“People will forget what you did, but people will never forget the way you made them feel”.
Maya Angelou