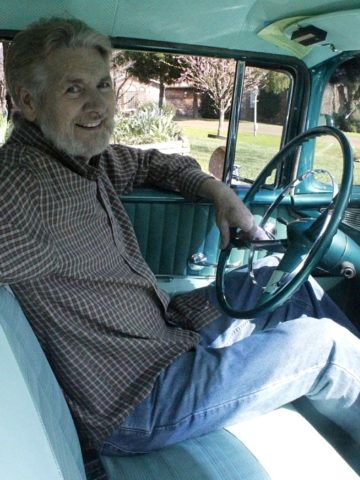 Alfred Ray Wheeler, 70, of Old Hickory, died Thursday, January 18, 2017. Ray was born in Nashville, April 11, 1947, the son of the late Jonnie F. and Mildred M. (Spaulding) Wheeler. He graduated from Maplewood High School. Ray grew up in a small four room house with his parents and five brothers. The tight quarters and his parent’s devotion created an amazingly close family bond that remained throughout his life and family relationships. Upon graduating from high school, he enlisted in the US Marine Corps and served in Vietnam. He received the Purple Heart for wounds received while serving his country. Like so many soldiers of that era, he had a love of cars, something that stayed with him all his life. He was an avid restorer of classic cars, with a special love for the 1956 Chevy and Corvettes. He restored many 56 Chevys over his lifetime a trait which extends to others in his family. An extremely hard worker, he went to work for Western Electric after returning from Vietnam. He then went to work for the Postal Service until retirement. His strong work ethic caused him to return to the workforce after retirement as a nuclear contractor. He traveled Texas, Alabama and other areas in this capacity.
Ray was a loving and devoted husband, father and grandfather whose always faithful strength and dedication united the entire family. Ray’s outgoing personality, quick sense of humor and stylish demeanor ensured he rarely met a stranger. Ray’s motto which he often shared with his grandchildren was “Look Your Best, Do Your Best, Be Your Best.”
In addition to his parents, Ray was predeceased by his first wife, Pamela (Hendricks). He is survived by his loving wife, Marie (Rolison) Wheeler; daughter, Sheila (Charles) Goe and grandchildren Joshua and Ellen Pelletier; Son, Steve (Marjorie) Wheeler and grandchildren Chase and Nicole Wheeler; daughter Laine (Sean) Hiera their children Jake and Lyla Hiera; his five brothers, Jack, Ed, Calvin, Fred, and H.D.; and extended family members and many friends. Visitation will be held at Cole & Garrett Funeral Home, Goodlettsville, Monday from 4-8 pm and Tuesday from 10 – 11 am. A Life Celebration Service will be held Tuesday at 11 am followed by interment at Greenbrier City Cemetery. The family wishes to encourage all family and friends attending the funeral to come in a classic car and participate in the procession to the cemetery in honor of Ray. In lieu of flowers, memorial contributions may be made to Nashville Room In The Inn